Originally from Zaragoza, he has degrees in the specialties of Chamber Music, Orchestra Conducting, and Piano from the Superior Conservatories of Madrid and Valencia, where he graduated with Honors. A scholarship from the Ministry of Culture of Spain allows him to further his education with a graduate degree in Orchestra Conducting in Italy.

As a pianist (awarded an Honorific Mention in the International Contest of Musical Youth in Lisbon) and chamber musician, he possesses a vast trajectory of more than 25 years that has allowed him to perform from Shanghai’s Concert Hall or the Yokohama Mirato Hall, to the George Enescu Room of Bucarest as a special guest by the UNESCO, Luxemburg’s Villa Louvigny Auditorium or San Francisco’s Emmanuel Hall, as well as in Argentina, Chile, Uruguay, Great Britain, Portugal, France, Italy, the Netherlands, South Korea, China, Japan, USA, Canada, and multiple African countries.

He has recently recorded the Op. 38, Enoch Arden, by Richard Strauss, completely in Spanish for the first time, and the Twelve Spanish Dances by Enrique Granados.

As a conductor, he has conducted several orchestras all across Europe, Asia, and America:

· Annual Cycle of the Novomatic fórum in Vienna with the Sinfonietta Wien Orchestra on multiple occasions.

· Cairo’s Opera Philharmonic Orchestra (with the concert for piano by Ginmastera as the continent’s premiere in its centenary). He was invited to return in 2016-2017.

· Guatemala’s National Orchestra in many occasions with the Tchaikovsky’s Symphonies Cycle. La Vals, by Ravel, La Mer by Debussy, Petrushka by Stravinsky, and other diverse works by Richard Strauss.

· Symphonic Orchestra of Mexico’s State on multiple occasions with Stravinski’s Firebird or the Spanish Rhapsody by Ravel.

· The young orchestras from Peru in their 10th anniversary, El Salvador, and with the YOA (Young Orchestra of the Americas).

With a vast repertoire that goes from Baroque or Classicism to the Tchaikovsky symphonies, the complete cycle of Brahms, La Vals, and Spanish Rhapsody by Ravel, La Mer by Debussy, Petrushka and Firebird by Stravinski, Don Juan by Richard Strauss… Symphonies by Shostakovich, Ginastera, and with the premieres of Spanish, Italian, Latin American composers, along with a great variety of works for soloists from singers to instrumentalists.

Numerary Member of Chamber Music of the Faculty of Music and Scenic Arts by public examination.

He has imparted a master’s class at the Tulane University (New Orleans), Clermont University (Los Angeles), and the Central University of Beijing.

He also participates in a music outreach program in Cadena SER Henares and Onda Cero Alcalá.

He has spent 22 out of his 30 years of professional activity to create, consolidate, and elevate the musical project developed by the Foundation for the Orchestra of the City of Alcalá for the namesake city in its three different sections.

In his work with the Orchestra of the City of Alcalá two concerts stand out from the rest that took place in New York in 2004, and in Saint Petersburg in 2012 during the commemorative acts of the 150th anniversary of the Rimsky-Korsakov Conservatory representing the country of Spain.

If you want to know how Mtto: Ariño works with an orchestra according to musicians listen to “Among music”. From 11th to 13th minutes.

Interview at the weekly program of TGW” Broadcasting Guatemala world” with motive your performance as guest director of National Orchestra of Guatemala.  2019. August 9 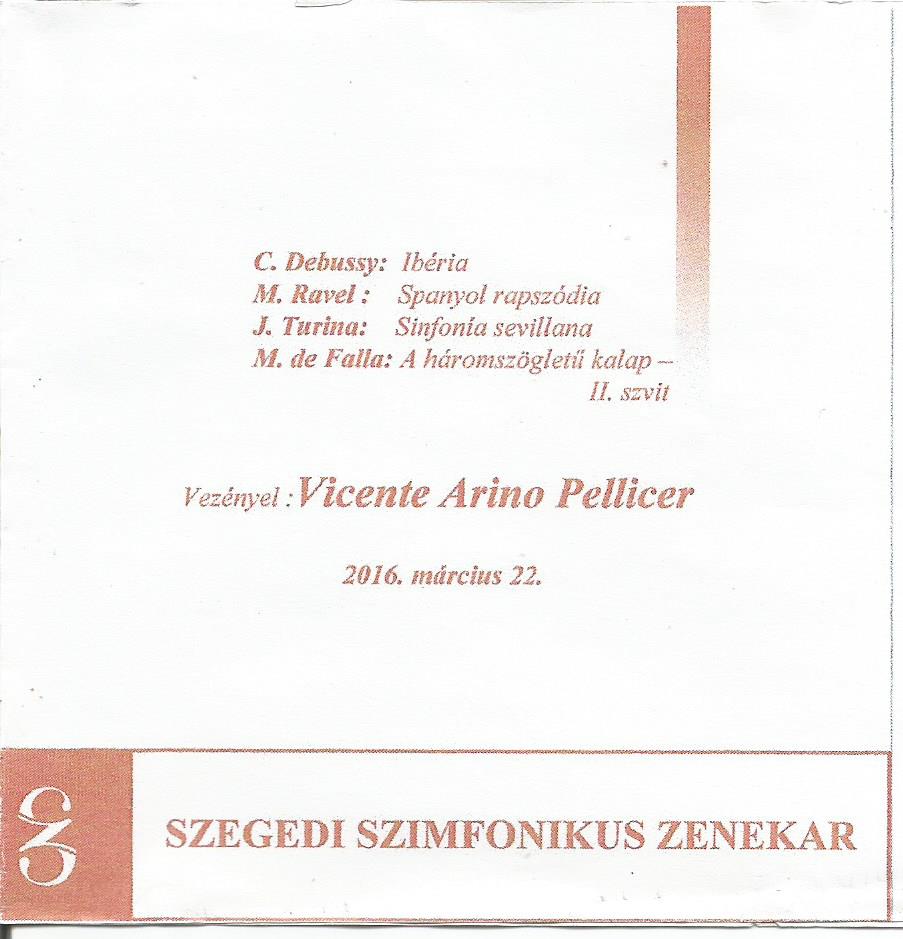